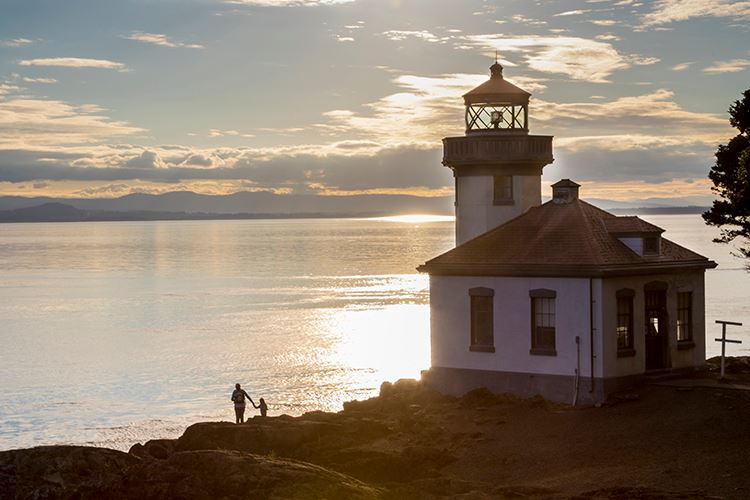 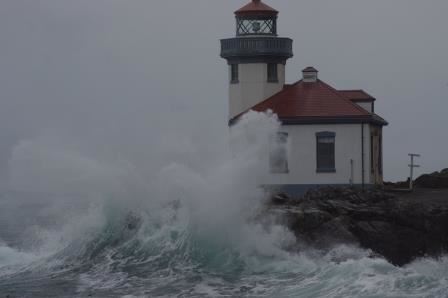 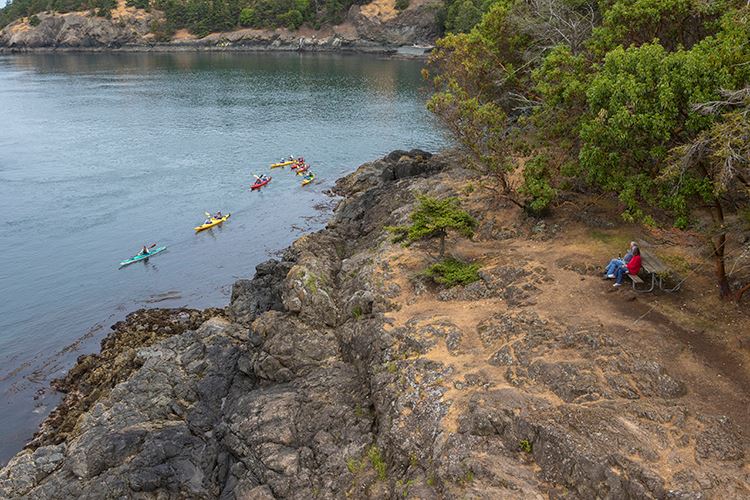 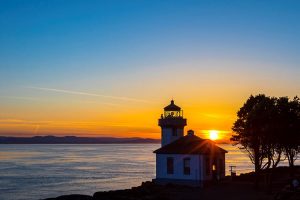 At Lime Kiln Point State Park, the loud, transient neighbors gear up for a party that runs from spring into fall. Those would be the spouting Orcas, fin-slapping Gray whales, barking sea lions and splashing porpoises.

Set on a rocky bluff at the west end of San Juan Island, Lime Kiln Point is considered one of the best whale-watching spots on earth. The pods, which also include humpback and minke whales, pass through the area every May through September, with peak times depending on salmon runs. Visitors can see the action from a 1919-vintage lighthouse or from a nearby sea cliff.

After delighting in the migration, whale-watchers can view an array of related exhibits and learn about local and transient whale pods at the Lime Kiln Interpretive Center. Other adventures include hiking, kayaking and diving. More favorites: touring the historic lighthouse and exploring the 19th-Century lime kiln for which the park was named.

This small day-use park, with its rugged beauty and spectacular sea life, is a destination in its own right. It’s a must-do on any San Juan Island vacation.

Park features
Lime Kiln Point is a 41-acre day-use park that is easily accessed by car or by bike from Friday Harbor on San Juan Island. The location is considered one of the best places in the world to view whales from a land-based facility.