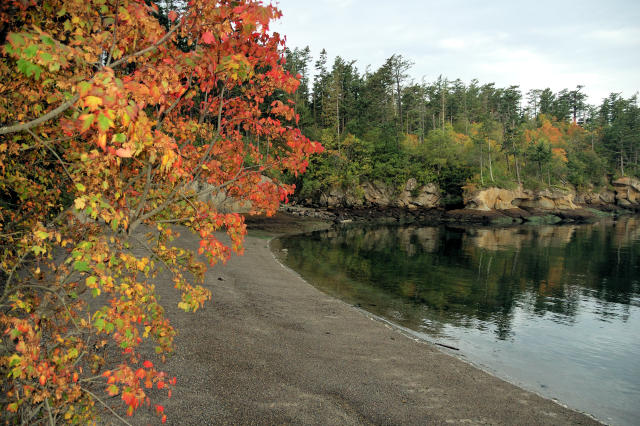 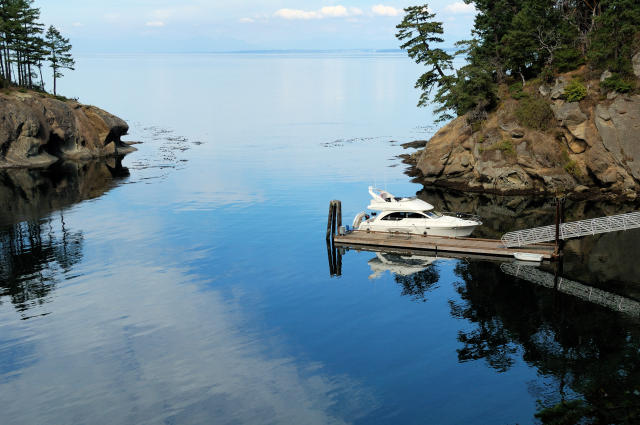 You have now conjured an image of Matia Island Marine State Park in the San Juan Island chain, featuring old-growth trees and rainforest vibe. Motor on in, tie up to the dock or a mooring buoy and start exploring.

This island features an interior walk under an evergreen canopy, on a fern-edged trail. The path opens up to a dramatic cove, and forms a loop back to the dock. While the trails are perfect for hide and seek games among children, the family dog is not permitted in Matia’s fantasy forest, or anywhere else on the island. The island, owned by the U.S. Fish and Wildlife Service, has campsites, restrooms and trails maintained by State Parks,

PARK FEATURES
Accessible only by boat, Matia Island Marine State Park is a 145-acre marine park with 20,676 feet of saltwater shoreline on the Strait of Georgia. The island is part of the San Juan Islands National Wildlife Refuge. Under a mutual agreement between the U.S. Fish and Wildlife Service and the Washington State Parks and Recreation Commission, 5 acres at Rolfe Cove are available to boaters as a marine park.

Matia Island has use restrictions that are different from most Washington state parks. Fires are not allowed on the island. With the exception of the campground at Rolfe Cove, the loop trail and its beaches, the island is closed to public access and is used to protect habitat and wildlife.